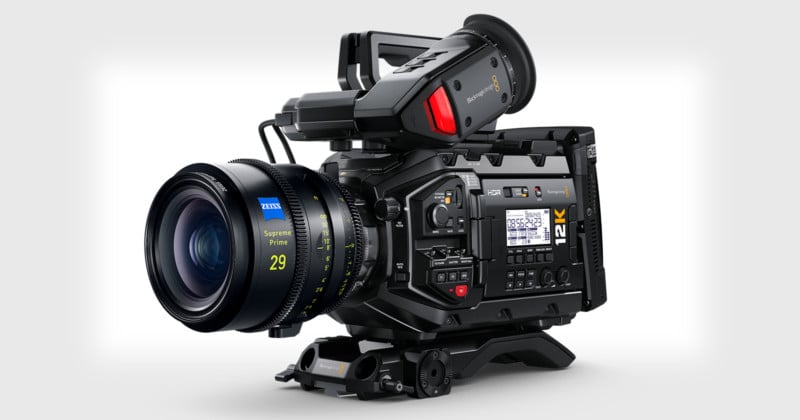 Blackmagic just unveiled the URSA Mini Pro 12K: an 80MP monster of a cinema camera that can shoot 12K RAW video at up to 60fps. That’s 80 megapixels per frame captured at 60 frames per second on a Super 35mm image sensor… for less than $10,000.

The announcement was made during a livestream presentation earlier this morning, and it’s really more about this sensor than the camera it happens to be placed inside.

The point isn’t necessarily to produce 12K content—which nobody can view anyway—but to produce the highest quality and most versatile footage possible for “color, keying, compositing, reframing, stabilization and tracking in 4K or 8K.” 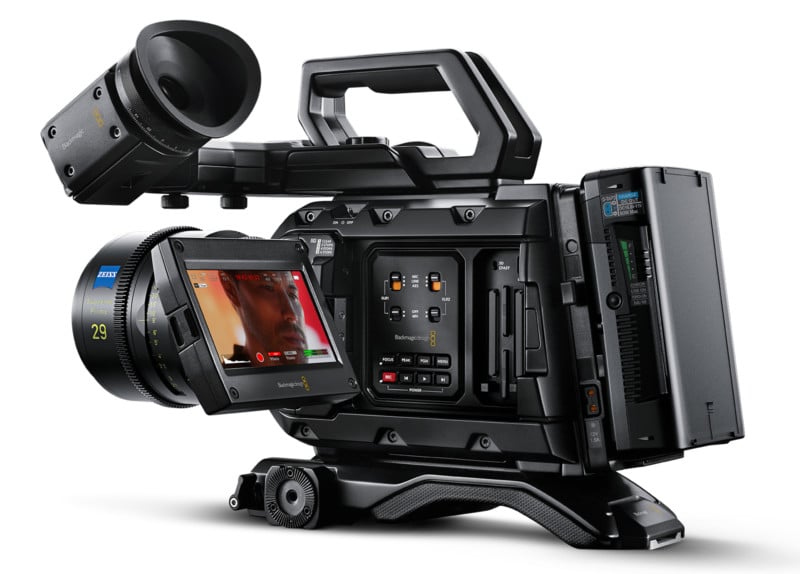 Blackmagic really drives home this versatility argument in its announcement, lauding the URSA Mini Pro 12K as “multiple cameras in one.”

To record all of that footage, you get dual CFast slots with 900MB/s limit, dual UHS-II SD slots with a 500MB/s limit, or use the USB-C 3.1 Gen 2 expansion port to record at up to 900MB/s to SATA or NVMe drives. If you’re shooting 12K Blackmagic RAW at full quality, the company suggests using an NVMe SSD. 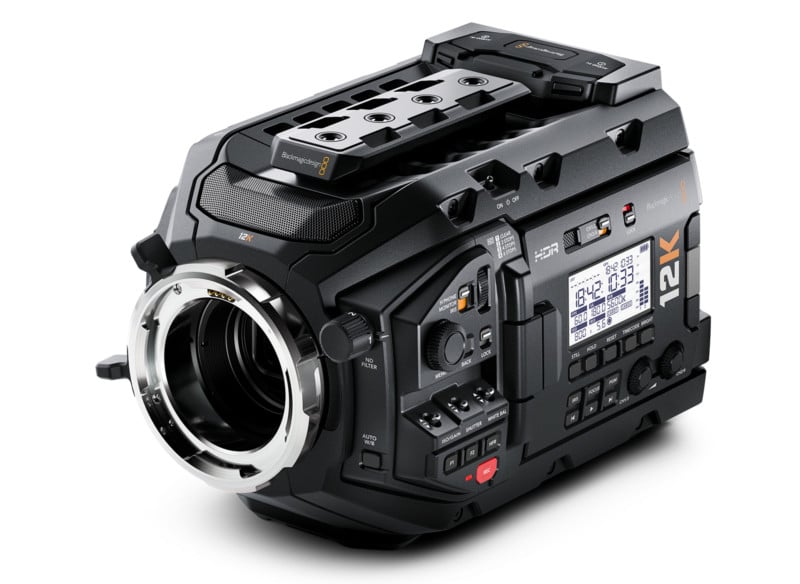 Blackmagic is proud of this one, as well they should be.

“With Blackmagic URSA Mini Pro 12K we have advanced imaging technology into a new generation where new styles of shooting will be possible”, said CEO Grant Petty. “It’s not just the 12K sensor, but there [are] so many other innovations in this camera. From the Generation 5 Color Science, the in sensor scaling, new symmetrical color pattern, full RGB quality and of course the 12K resolution, it’s going to be exciting to see what DOPs do creatively with this technology!”

The Blackmagic URSA Mini Pro 12K will be available this month for a surprisingly low $9,995. Given what it can do, that’s a steal. To learn more about this camera or pick one up for yourself, head over to the Blackmagic Design website or put in your pre-order today.